Call of Duty fans can now put their hours of online training to the test at Delta Force Paintball with the launch of police issue ballistic riot shields at centres nationwide. Exclusive to Delta Force, the riot shields are yet another initiative aimed to provide the most realistic, exciting and innovative paintball experience imaginable. 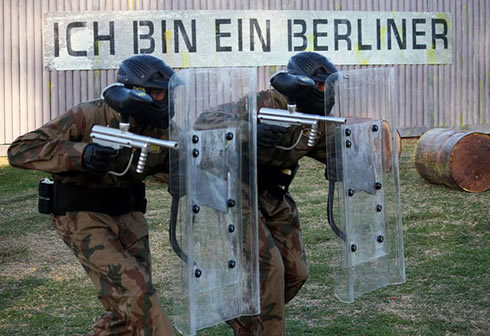 The riot shields were first introduced by Delta Force in England after the London riots in 2011, and amongst the first British players to experience the shields was Chelsea FC and England captain John Terry and his teammates Ashley Cole and Daniel Sturridge. 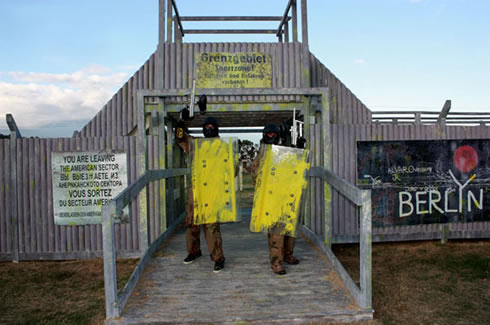 Delta Force players will have free access to the riot shields throughout a day of paintball action on movie-set quality game zones and initial customer feedback has been extremely positive. As genuine police issue riot shields they have the ability to be linked together to form an impenetrable line of defence – do you have the skills required to take down a team of advancing combatants? Will you shoot for the feet or attack the flanks and take them down one by one? 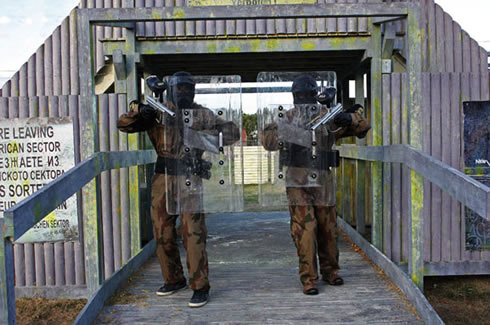 If you want to put your Call of Duty skills to the test on the paintball battlefield and be amongst the first in Australia to enjoy the brand new riot shields then call our booking office on 1300 785 766 and book your paintball event now.